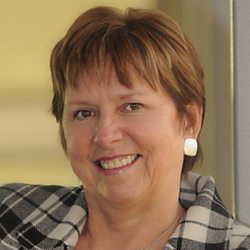 Abstract: Since the emergence of the World Wide Web in the early 1990s, the Internet has evolved into a critical global infrastructure with vast emergent properties that are transforming society. Web Science is the study of the Web as a socio-technical system. Studying this new eco-system from an interdisciplinary perspective becomes ever more important as the Internet becomes increasingly significant in all our lives and our futures. We are now rapidly moving into a world of data on and about the Web, which gives rise to even more opportunities and challenges. In this talk, we will explore the role of Web Science in helping us understand the origins of the Web, appreciate its current state and anticipate possible futures in order to address the critical questions that will determine how the Web evolves as a social-technical network. We will discuss the role of observatories, data analytics and computational models in the development of new methodologies for longitudinal research in Web Science, and consider whether it might be possible to forecast future developments by collective action on the sharing and analysis of data associated with major events such as natural disasters, pandemics or even the US election!

Bio: Wendy Hall, DBE, FRS, FREng is Professor of Computer Science at the University of Southampton, UK, and was Dean of the Faculty of Physical Science and Engineering from 2010 to 2014. She was Head of the School of Electronics and Computer Science (ECS) from 2002 to 2007. One of the first computer scientists to undertake serious research in multimedia and hypermedia, she has been at its forefront ever since. The influence of her work has been significant in many areas including digital libraries, the development of the Semantic Web, and the emerging research discipline of Web Science. She is currently the Executive Director of the Web Science Institute at Southampton and Managing Director of the Web Science Trust. She was President of the ACM from 2008-2010, a member of the UK Prime Minister’s Council for Science and Technology from 2004-2010 and a founding member of the Scientific Council of the European Research Council. She is currently a member of the Global Commission on Internet Governance and the World Economic Forum’s Global Council on AI and Robotics. She holds many fellowships including Fellow of the Royal Society, Fellow of the Royal Academy of Engineering and Fellow of the ACM. She is currently the Kluge Center Chair of Technology and Society 2016 at the Library of Congress.